St Benedict’s School Ealing is undergoing an exciting expansion this year, which will see work being started on the long-awaited extension to its Junior School.

The new extension will replace the current Ark building and will go on to house the Nursery and Pre-Preps. The project follows the recently completed Sixth Form/ADT building project, which was formally opened by Cardinal Vincent Nichols, Archbishop of Westminster on 28th January.

The new extension will create a coherent identity for Early Years and Juniors, in a single new building. The Nursery will be brought on site from its present location at 1, Montpelier Avenue into purpose-built accommodation, as part of a new Early Years Foundation Stage Centre. There will also be new classrooms for Pre-Preps 2 and 3, as well as new reception and office areas. Landscaping around the new buildings will also provide an improved whole school pupil entrance, with better out door play areas and a new Nursery. Work is due to start in March with completion by August 2017.

Rob Simmons, Junior School Headmaster, said: “This is a very exciting project and will certainly further enhance the provision that we are currently able to offer our children. It will be fantastic to have the Nursery on the main site.” 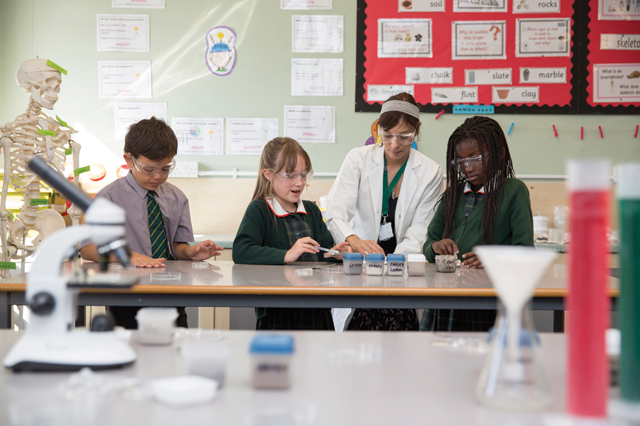