Local Students research and celebrate London’s Olympic Architecture with a guest from the  Olympic Legacy Company.

Continuing its celebrations of Olympics 2012, Blackheath High School students enjoyed an “Architecture Day” with a theme of “The Olympics and its legacy.“   “Architecture Day” is an annual creative collaborative project between Year 6 and Year 9 pupils and takes place in the school’s Theatre.  Students were inspired by talks and presentations from “Our Hut”, a team of architects and designers,  and were also were privileged to meet Layla Conway from the Olympic Legacy Company. Layla explained to the girls how the 2012 Olympic Park will have a huge impact on development of housing and facilities, for the communities of East London over the next 30 years.  The inspired girls then enthusiastically began working on their task:  to build their own Olympic legacy vision.

Mrs Aspden, Head of Design and Technology at Blackheath High School was delighted with the girls’ efforts and how they worked so effectively saying, “The girls worked really well together in teams and created some amazing buildings which were placed together to model the  Blackheath High School vision of a future Olympic Park complete with an Olympic flame! “ 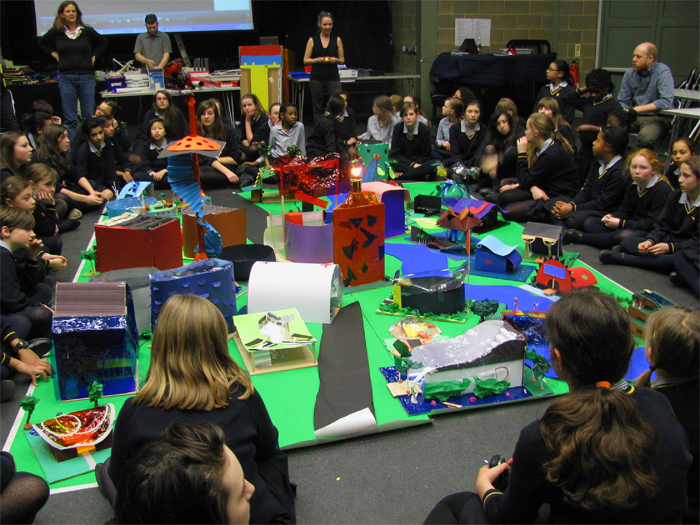 How Can I Help My Child Learn?