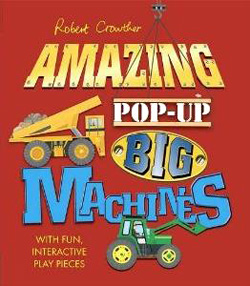 This is a present that boys will adore – but don’t forget about the girls because they will love it too. The book has five pop-ups of huge machines – a bulldozer, tractor, dumper truck, forklift truck and tower crane that stand out as each page is turned.

There are ‘Fact File’ flaps on each page with more information about each machine and additional pop-ups tucked inside. Best of all, each page includes smaller, folded items that turn into all kinds of objects that need to be lifted, loaded and dumped by each of these machines.

It’s a wonder of engineering, and sturdy enough to last for many play sessions, but you might want to supervise – or simply to join in the fun!

The Horrible History of Britain and Ireland 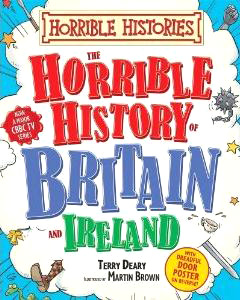 Many children will already be familiar with the Horrible History series from Scholastic (history with all the horrible bits left in). The Horrible History of Britain and Ireland is a handy synopsis of our histories, beginning in prehistoric times and finishing in the twentieth century.

Between the two we have much blood-letting, disasters, plagues and invasions. It’s very horrible – and very funny; especially Martin Brown’s brilliant illustrations.

History is told in the form of letters, newspaper stories, straight text and the illustrations. Unlike the smaller Horrible Histories books, it is also told in glorious four-colour with each spread distinct and beautifully produced.

The book provides a great overview of the most significant periods in Britain and Ireland’s histories but is also just very entertaining.