A new series by famed children's author Marcus Sedgwick, Fright Forest, follows the adventures of Elf Girl and Raven Boy as they dodge trolls, orgres, and other forest dwelling troublemakers. In The Abominables, Eva Ibbotson convinces us that Yetis are real and living in England after their hidden valley gets invaded by tourists. Maybe the yetis should stay put until after the Olympics! 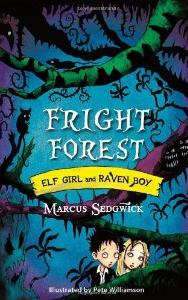 Elf Girl and Raven Boy (we don’t find out their real names) live in the forest, which is being torn down by a giant ogre and no one knows why. The two embark on a mission to find out why – but it means entering the terrifying Fright Forest and finding the wise witch, who also happens to have a terrible reputation for being very bad. On the way, they pick up a friendly rat and get chased by three trolls who want them for dinner.

Fright Forest is an adventurous and satisfying read with plenty of twists, turns and funny moments to keep readers aged eight years plus fully engaged. We also love the brilliant illustrations by Pete Williamson. 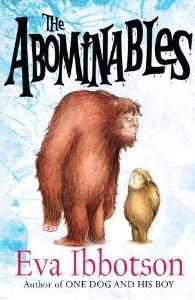 Yetis are alive and well and living in a remote part of the Himalayas in this satisfying new novel from Eva Ibbotson, author of titles including Journey to the River Sea and One Dog and His Boy.

Unfortunately for the yetis, tourists begin to arrive in their remote location and a hotel is built near the hidden valley where they live. The daughter of an English earl, who has been looking after the yetis, decides that the best place for them is in her ancestral home in England.

So begins a hugely entertaining and adventurous journey that takes the yetis half way across the world. However, when they finally reach their destination, the biggest surprise of all awaits them....