With the help of ReadingZone, here are our pick of the best children's books published this month 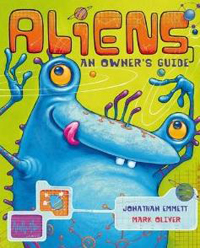 Treat one with respect and it will be your friend forever.’

But be warned – aliens can also be demanding and difficult to feed. Follow this handy guide to owning an alien, though, and you’ll have your alien eating out of your hand before you can say ‘gobbledygook’.

For every step of the journey between you and your new alien, from hatching the egg to saying hello and toilet training (note: alien pee is acid, so this is important!), this guide has lots of handy tips to keep you and your alien alive – and friends!

Do Try This at Home Cook It 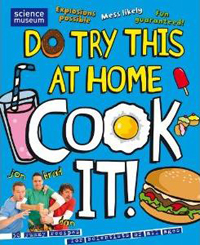 There are some fantastic recipes for children to try on their own (with a little help!) from Burger and Wedges to Chicken Casserole and Flapjacks but the really fun thing about this book is the experiments it suggests at the back.

These experiments come with titles like ‘Power Rice’, ‘Cabbage Detector’ and ‘Eggs-pert’, so you get the idea that these all make use of what’s in the kitchen. Each experiment produces evidence for scientific facts that children can explore themselves.

The team behind the experiments and cooking – jon, brad and dan- also present the cookery section and the experimentation in a fun, accessible way using colourful photography and simple explanations.