Our festive book review this month, have a fairytale theme. Children will love this collection of Grimm's Fairy Tales, including classics like Sleeping Beauty and Snow White, and we also have Mackenzie Crook's (The Office) children's book debut The Windvale Sprites. 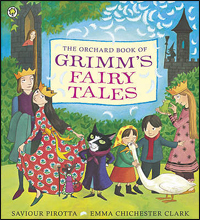 Beautiful princesses, handsome princes, wicked witches and enchanted animals abound in this gorgeous gift book that includes retellings of ten of the most loved Grimm’s fairy tales, including Sleeping Beauty, Hansel and Gretel, Snow White and Rose Red, Rapunzel and the Frog Prince, among others.

The stories are simply told but retain the classic qualities of the original stories and can be either shared with children or read by a child who is a confident reader.

Emma Chichester Clark’s gorgeous illustrations will help sustain interest in the stories and children will enjoy looking for the details she includes such as the flower motifs on each page, while the occasional double page spread of illustrations are a real treat.

This is a book to treasure and one that is bound to become a real family favourite.

By By Mackenzie Crook

Published by Faber and Faber 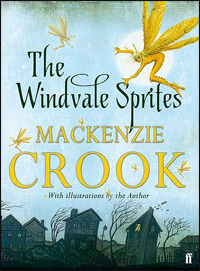 Mackenzie Crook is better known as an actor from The Office and Pirates of the Caribbean, but here he has turned his hand to writing his first book for children and it is a magical story that has plenty of appeal to this age group.

The Great Storm of 1987 left a huge amount of damage in its wake but for one boy, Asa Brown, it brings a much bigger surprise when he discovers a strange creature in his garden the day after the storm. In fact he soon discovers that this isn’t a dragon-fly but a fairy, a sprite.

With Asa's discovery comes a quest in which he solves a local mystery, discovers the truth about a local legend Benjamin Tooth, returns a vital lost object to a community, and ultimately makes friends with the sprites.

The accompanying black and white illustrations, also by Crook, add a lot to the story in terms of detail and atmosphere.