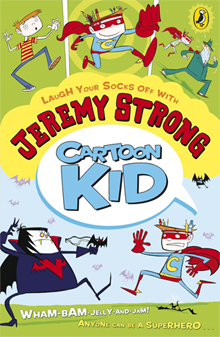 Casper and his best mate Pete are in the same class at school and neither of them is very good at anything – until their new teachers tells the whole class that they are all superheroes!

There are four distinct stories in the book and they are all very funny - just what you’d expect from the creator of Krazy Kow and The Hundred Mile an Hour Dog. The artwork is brilliant, with comic strips and drawings in the margins - and even a talking chameleon!

Pip and the Woodwitch Curse 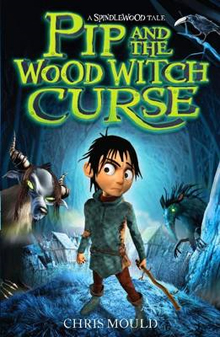 This new and sinister adventure story stars Pip, an orphan boy who is destined to become a cabin boy. Before he is sent to sea, however, Pip escapes by hitching a ride in a passing carriage. Unfortunately for Pip, the carriage is headed for the walled city of Hangman’s Hollow where Pip’s future becomes ever more uncertain.

Pip soon discovers that there are no children in Hangman’s Hollow; they have either been stolen by the forest witches or hidden away by their parents for their own safety.

This is the first in a series of titles starring Pip as he tries to uncover the secrets of Hangman’s Hollow. The story is dripping with adventure and atmosphere.

The writer, Chris Mould, is also the illustrator and Pip’s hugely readable adventures are brilliantly illustrated with spooky black and white drawings.