Come along with Michael Bond, author of the beloved Paddinton series, as he takes readers back to Peru. His new Peruvian is a guinea pig called Olga da Polga. She loves to tell stories and go on adventures, making for a fun-filled read.

Former Foundling Hetty Feather continues her adventures in the latest book in John Stephens's series. Hetty is still ready for adventure, but has to decide what kind of future she wants after re-meeting a figure from her past.

The Tales of Olga da Polga

Michael Bond, the creator of Paddington Bear, has returned to Peru (Paddington Bear’s country of origin) for his new lead character, a little guinea pig called Olga da Polga who has a head full of stories and a nose for adventure.

When she is bought from the pet shop, Olga da Polga doesn’t really know what to expect but in her new home but the adventures soon follows. She has to save herself from the family’s cat, escape from her cage and get to know the local wildlife.

Once out in the open, however, Olga da Polga realises that the great outdoors isn’t all it’s cracked up to be.... but can she get back to her new home in one piece? 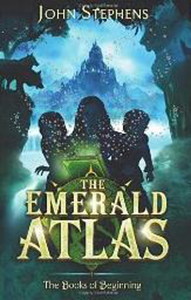 Jacqueline Wilson returns to her feisty heroine Hetty Feather in this story of drama, excitement and adventure.

Unlike her other novels which are all contemporary, the series about Hetty is set in the Victorian era and explores life for orphans and impoverished children growing up in this era as well as many details of everyday life for those living at this time.

Since leaving the Foundling Hospital, Hetty has faced tragedy and loss as well as excitement and adventure. After the death of her beloved mama, she sets off to find a real home and begins a search for her father. This brings her to a new life working as a fisher-girl.

But Hetty still longs for adventure – even when she is contacted by her childhood sweetheart, Jem, so when an enchanting figure from her past makes an unexpected reappearance, Hetty has to decide what kind of future she wants