This new retelling of the classic Pinocchio through his own eyes is beautifully written by acclaimed War Horse author Michael Morpurgo. Also this month we have the next instalment in the popular How to Train Your Dragon series, complete with lovely drawings by Cressida Clark.

This is a beautifully-presented retelling of the story of Pinocchio, told by Michael Morpurgo, the bestselling author of War Horse, and illustrated by Emma Chichester-Clark.

The story is delivered ‘by Pinocchio’ so, for the first time, we can see what happens to him through his own eyes.

“Now - there’s no point in pretending here - I was, and still am deep down, a puppet. Everyone knows Pinocchio is a puppet. I reckon I must be just about the most famous puppet the world has ever known. But the truth is I’m not just a puppet, I’m more than just bits of wood and string. I’m me. So I thought it was about time that I, Pinocchio, told you my story…”

Making Pinocchio the cheeky, mischievous narrator means the story is immediately much more accessible for younger children aged six or seven plus than many other retellings.

How to Betray a Dragon’s Hero 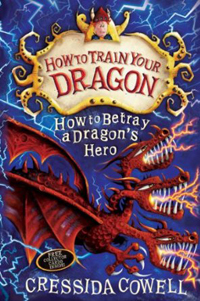 However, Hiccup is plucky and resourceful and a leader in the making and, with the help of some loyal dragons, he can successfully outwit his enemies. His greatest challenge, though, is to gather the ‘lost things’ he needs to stake his claim to the Viking throne – and he only has a matter of days to do so.

These fabulous stories, aimed at readers aged nine years plus, are presented as Hiccup’s notebook from the future, with brilliant sketched drawings by the author Cressida Clark. It’s one of the most satisfying series around for this age group.

© 2021 The Parents' Directories. All Rights Reserved.