With the help of ReadingZone, here are our pick of the best children's books published this month

The Misadventures of Winnie the Witch

By Laura Owen and Korky Paul 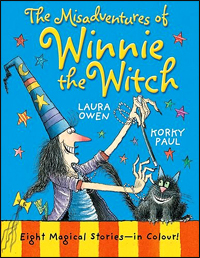 The Misadventures of Winnie the Witch is a treasury of eight illustrated stand-alone stories about Winnie for children age five to eight years. Winnie is never short of mad-cap schemes to put her magic to good use, and Wilbur the cat, her long-suffering best friend, is witness to most of them.

These stories range from Winnie’s Reinforced Knicker Emporium, where spiders sew up lacy trims, to an unexpected spot of waterskiing on Wilbur’s birthday.

Winnie the Witch has already got an established fan base for her picture books; these stories are intended for children who have moved on to independent reading, although they would also be enjoyed as shared reading with an adult. 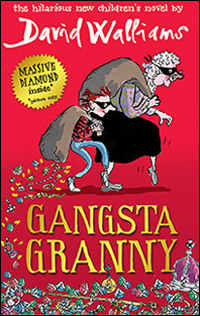 Actor and comedian David Walliams has also been building a reputation as a children’s author with a series of funny and cleverly-plotted novels with believable characters, and his latest book is no exception.

Ben has been sent to stay at his grandma’s house and is bored beyond belief. He’s convinced she is the most boring grandma ever who just wants to play Scrabble and eat cabbage soup.

Little does Ben know that his grandma was once an international jewel thief. Her biggest ambition, though, is to steal the crown jewels and now seems like as good a time as any – especially with Ben’s help….

Look out for recipes of cabbage cake, a disastrous dance competition and lots of plumbing – not to mention the biggest jewel heist ever attempted!