This month's book selections includes a battle between two pre-historic Olympic teams and a book ideal for any budding scientist, written by DJ and radio presenter Simon Mayo. 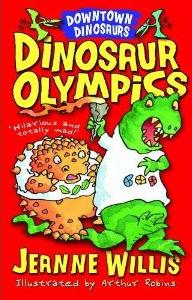 This is a laugh a minute story by established writer Jeanne Willis, illustrated brilliantly by Arthur Robins. And it pairs two very ancient wonders – dinosaurs and the Olympics.

The two dinosaur teams squaring up for the newly-launched Dinosaur Olympics are, naturally, the herbivores versus the carnivores, who make for very challenging opposition (especially as they like to eat their opponents...)

Throw in a bumptious mayor called Boris, a gangsta T-Rex called Flint Beastwood and one of the new human characters – a very hairy one called Ozzie – and you have a complete disaster waiting to happen, which duly unfolds as cheating, eating and sleeping dino’s bash their way through each Olympic-style event.

Hilarious – as much for the adult sharing the book as for the child listening. 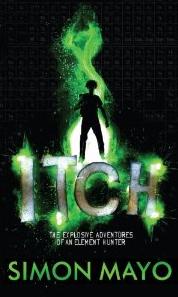 DJ and radio presenter Simon Mayo has unveiled a new talent in his latest venture – writing for children. He started this book to help his son, who is science-mad but couldn’t find books he wanted to read. So Mayo stepped in a wrote Itch.

Itchingham Lofte - known as Itch - is fourteen, and loves science - especially chemistry. He's also an element-hunter - a collector of the elements in the periodic table. This is more dangerous than you might think, as he also likes to conduct experiments with them – the story begins with a little incident with Potassium, an explosion and missing eyebrows...

But when Itch accidentally uncovers a new and highly dangerous element, he becomes the most sought-after child on the planet with every government and terrorist organisation keen to track him down.

As well as making science fun (which it isn’t for many children), Simon Mayo has turned out an exciting, readable story with genuine heart that girls as well as boys will love.